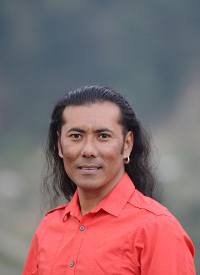 MCLEOD GANJ, India, 20 October 2013 We have been bombarded with film submissions from around the world this year. It is time to think new, and think different, and think big. The first change will be to add a second name: "McLeod Ganj International Film Festival" certainly seems to fit.

All the film directors and their networkers are reaching out to us to share their films in this little village of McLeod Ganj, which is yet a global spot with the presence of people from all over the world.

The winners of the film awards this year were chosen by a jury from the pool of films which are part of the festival. The Audience Award will be decided by festivalgoers' ballots.

A special mention to Pema Dhondup, one of the few accomplished Tibetan filmmakers today. We are happy to be presenting the India premiere of his latest film Arise (Longsho).

Getting film submissions from so many countries, such as Egypt, Iran, Bangladesh, and Ireland, was a big surprise for us. We received many more, but had to decline them for reasons of time and space.

I am happy that a few of the directors from India are coming to the Festival to present their films.

I thank Tom Vendetti from Maui for his continued support for the Festival, and Ven Thubten Wangchen of Casa del Tíbet de Barcelona for contributing Rs 10,000 towards the Festival. As always, my thanks to all the well-wishers, my co-workers and volunteers for helping to make this Festival a success.

Here is the full list of films to be screened, with schedule.