Burning Question: Why are Tibetans turning to self-immolation

Today Tibet is under military lockdown. The trigger is Beijing's paranoia over Tibetans setting their bodies on fire — turning themselves into human torches for freedom. From February 2009 to October 2012 the toll was 55 self-immolations. 40 of those died, and the fate of the remaining are unknown. Monks, nuns, laymen and women — mostly young and robust — soak themselves in flammable liquids and shout slogans while the flames consume their flesh. Their stages are town squares, crowded markets, government headquarters and military camps, public places and alien locations that symbolize China's iron-fisted rule over Tibet.

This documentary addresses the background and the fundamental causes and events that led to this fiery outburst of protests across the plateau. Perhaps more importantly, it will explain how Tibetans themselves view these unprecedented actions — and articulate their hopes for an outcome that will make all the suffering worthwhile. 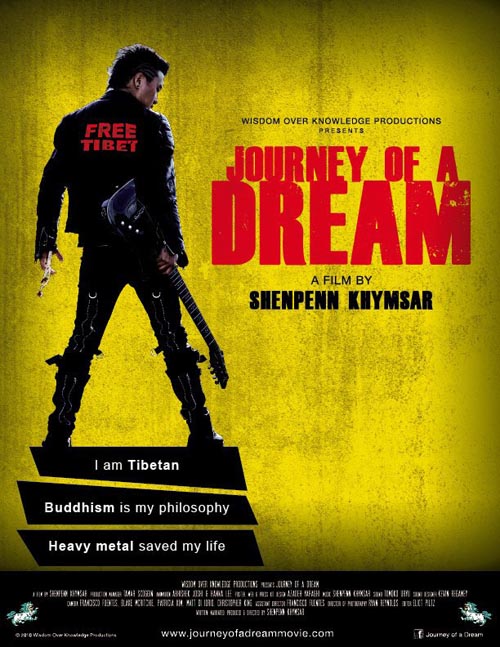 Journey of a Dream

Shenpenn Khymsar’s feature documentary debut Journey of a Dream is the first of its kind to document the political and emotional struggle of his life as a Tibetan refugee who got a chance to live the dream of possibilities in the Western world through an unconventional form of expression — Heavy Metal. more

In a nunnery in the high desert mountains of Mustang, a revered abbess dies, leaving signs that she will be reborn in the precious human form. Prayers and ritual must be done to help her consciousness into its next rebirth, but the nunnery coffers are empty.

The senior nuns decide that the only way out is get back money loaned out by the nunnery. A mysterious loan had been made out to an equally mysterious Mr Tashi who visited the senior nun in her last days. Given the shady rumours about Mr Tashi, the nuns are convinced he took advantage of her in her dying state. Two nuns are assigned to retrieve the money: Karma, a free-spirited nun, and her opposite, a textbook-sort of nun called Sonam. They journey from the cloistered world of the high mountains, to the faraway cities of sin, to find the elusive Mr Tashi. Interview with the director

Bob Marley's universal appeal, impact on music history, and role as a social and political prophet is both unique and unparalleled. The definitive life story of the musician, revolutionary, and legend, from his early days to his rise to international super-stardom. Made with the support of the Marley family, there is rare footage, incredible performances, and revelatory interviews with the people who knew him best. more

Our apologies for being unable to show this film. We had attempted months ago to contact the distributors for permission to screen it for the people of McLeod Ganj,but they never responded. The holders of the "exploitation rights" of Marley have now at the last minute determined that the story of Bob Marley's "movement of Jah people" among the people of McLeod Ganj, should not be shared with the people. 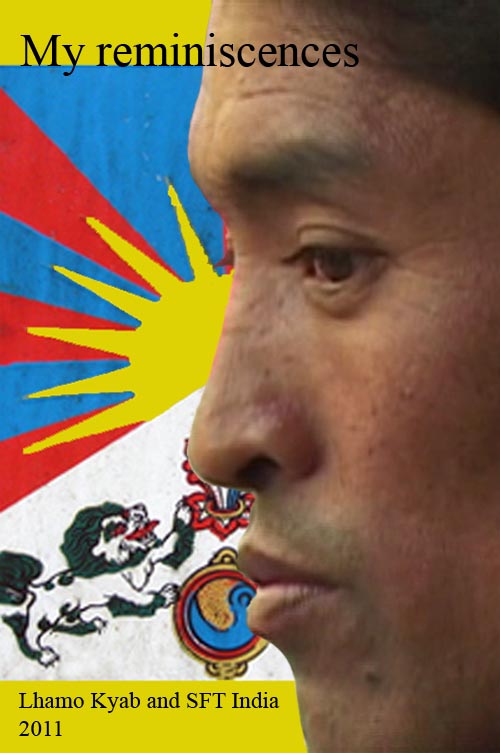 My reminiscences: Prisoner of conscience

The film recalls three years of inhumane treatment experienced by Tibetan ex-political prisoner Lhamo Kyab in a Chinese prison, and speaks about the suffering of his fellow prisoners.

After visiting India and protesting in Tibet, Lhamo was sentenced to three years in prison. He was released from Chushul prison near Lhasa on 12 May 2009. He decided to go to India again to tell the world what is happening with Tibetans in Tibet, and particularly about the suffering of prisoners in Tibet. Later that year he arrived in McLeod Ganj, India, the capital of the Tibetan Diaspora, and continues to work for the Tibetan freedom struggle. more about Lhamo Kyab film release 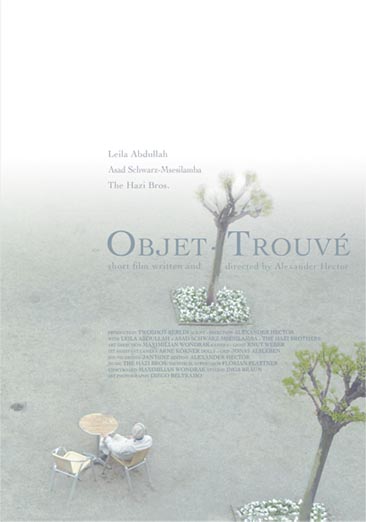 The film is a meditation about the small things of life, art, and love.

Objet-Trouvé is the french word for "found object" and comes from the surrealistic art movement of the 1920s. It means the elevation of a common object to an artwork.

The subjective perception and placement in a different context makes something usual appear special. In that space you can see similarities to love. The fruit becomes a metaphor for the relationship of the couple. 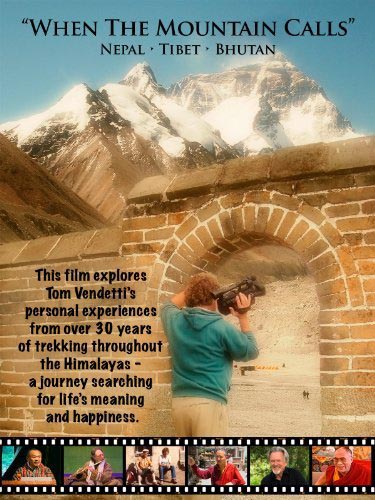 When The Mountain Calls: Nepal, Tibet and Bhutan, directed by Emmy-Award winning Maui filmmaker Tom Vendetti, explores the director/producer's personal experiences and reflections from over 30 years of travelling through the Himalayas — a journey discovering the meaning and sources of happiness in unexpected places, and the changes over the decades to the people, land, climate and the culture.

Featured in the film are appearances by His Holiness the Dalai Lama, Lama Tenzin, Paul Horn, Tenzing Norgay, Sir Edmund Hillary, the Prime Minister of Bhutan, Green Peace China, with an introduction by Kris Kristofferson.