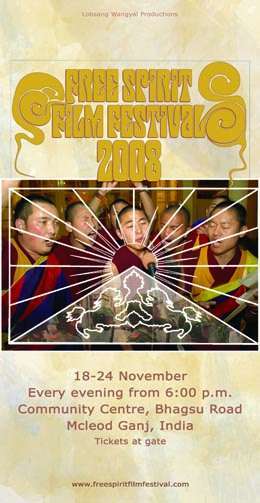 Welcome to the Fourth Free Spirit Film Festival 2008 in Mcleod Ganj — "where the Eighth Wonder is!"

There are 14 films in the festival this year.

This film festival is independent of any restrictions and has no affiliation to any government or organisation. It is neither registered nor seeking any fame or recognition from anybody. The fest is aimed at sharing beautiful stories, concerns, interests, and creativity.