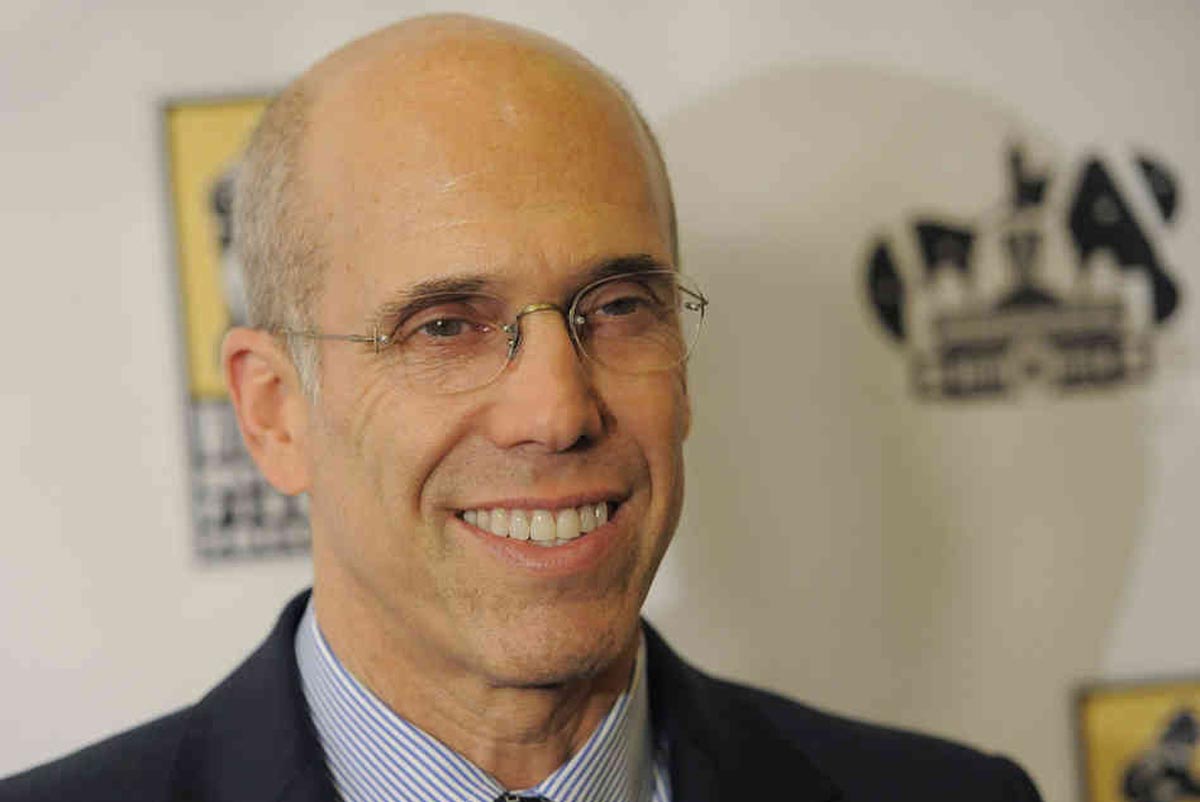 Dreamworks Animation CEO and honoree Jeffrey Katzenberg poses at the annual "Pioneer of the Year" award ceremony at CinemaCon 2012, the official convention of the National Association of Theatre Owners in Las Vegas on 25 April 2012.
Photo: AP/Chris Pizzello

ON THE WEB, 22 April 2013 DreamWorks Animation is to enter into a potentially controversial deal with China to co-produce an animated film based on the popular Tibet Code series of adventure novels.

Jeffrey Katzenberg, CEO of DreamWorks Animation, announced the project during a press conference at the Beijing film festival. Tibet Code will be released by Oriental DreamWorks, a Chinese company co-owned by DreamWorks, the powerful state-owned China Film Group and other local investors.

Hollywood has announced a string of tie-ins with Chinese firms over the past few months as the US film industry tries to secure a share of the increasingly lucrative Chinese box office. So far, such deals have proved reasonably innocuous. Forthcoming superhero sequel Iron Man 3 gained scenes set in China and the addition of local actors for a special Chinese cut, while Brad Pitt horror World War Z lost a reference to the source of the zombie apocalypse that could have offended Chinese sensibilities.

Tibet Code appears to be a different proposition. He Ma's series of novels follow an expert on the Tibetan mastiff dog breed as he searches for ancient Buddhist treasure in Tibet. The books, which have been compared to the Indiana Jones films, are hugely popular in China.

However, they are a reminder of Chinese rule over the province, long repudiated by the Central Tibetan Administration – Tibet's government in exile – which was headed until 2011 by the Dalai Lama. He Ma is an ethnic Han Chinese writer who was raised in China's Sichuan province and has spent more than a decade living in Tibet.

Katzenberg denied any suggestion of political motivation behind the choice of project in an interview with the Wall Street Journal. "When I read the books I thought 'Wow! This is just a blockbuster story'," he said. "There's no secondary agenda. Tibet Code has all the makings of a world-class, quality, blockbuster franchise."

However, China Film Group's Han Sanping hinted at a broader goal. He hailed Tibet Code as a vehicle to teach Chinese values and morality, as well as history, culture and landscape, to the world. "It's the perfect combination of content and form," Han told the conference.

DreamWorks' Kung Fu Panda films have won praise, and a little envy, in China. Oriental DreamWorks is therefore designed to produce movies about the country made by local film-makers with the support of their Hollywood counterparts. "It will be made to the same high standards as a Hollywood movie," the new firm's boss, Li Ruigang, told the press conference.