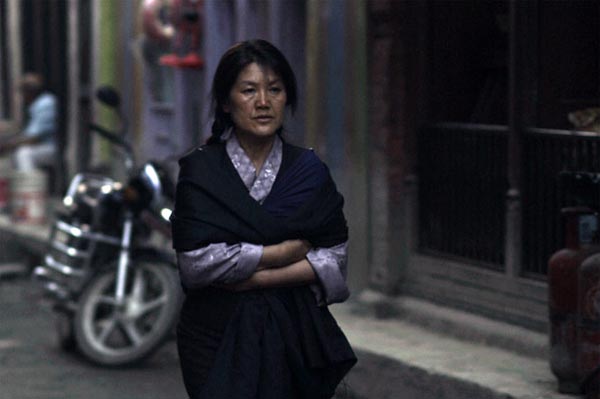 ON THE WEB, 5 October 2012 Arvind Iyer's Drapchi, [directed by Arvind Iyer and produced by Iceberg Nine Films of India], will be screened under the "The World Today" section of the 28th Warsaw Film Festival. The 80-minute musical was earlier screened at the Osian's Cinefan Film Festival 2012.

The synopsis of the film on the festival website reads: "Modern Tibet: a systematic war is being waged with the traditional past. Punishment awaits those who raise their voices in protest. This is the case with Yiga Gyalnang, a traditional Tibetan opera singer. She is abducted one morning and finds herself in near complete isolation in an underground prison cell in Drapchi, the biggest jail in Lhasa, Tibet. After two years, she breaks free and escapes to Nepal and from there, to the West. With her, she takes her strength, her spirituality, her Tibetan song."

Read a review of the film here.

The film will be commercially released worldwide on March 10, 2013