We have successfully and gracefully concluded the 10th anniversary of the Free Spirit Film Festival. Although small in number, people from all over the world attended the five-day festival.

Only one of the film directors, Sudeep Ranjan Sarkar from Calcutta, was able to attend. He was accompanied by his producer Rita Jhawar. They gave a presentation about their film Umformung – The Transformation and answered some questions from the audience.

We were happy to present 13 awards at the Festival. Each winner received a certificate inscribed with their credits. See the winners of the awards here.

The festival received extensive media coverage in both local and international media. 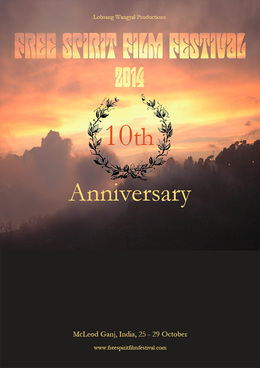