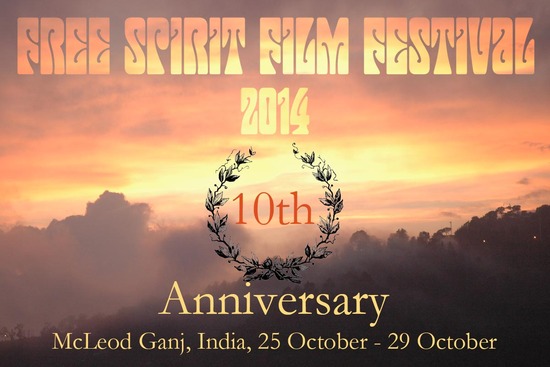 30 movies to be screened at Free Spirit Film Festival

A line-up of 30 films has been scheduled for the five-day Free Spirit Film Festival, to be held on the outskirts of this Himachal Pradesh hill station from October 25, an organiser said Monday.

The festival will begin with the India premiere of Plundering Tibet, a personal take on mining in Tibet, directed by Michael Buckley from Canada, organiser Lobsang Wangyal told IANS.

The documentary shows the dire consequences of China’s ruthless mining in Tibet, he said.

The festival, 10th in series, will also showcase Umformung, directed by Sudeep Ranjan Sarkar from Kolkata, on the last day.

The film is a story of intense dimensions with two parallel stories: one, that of a Buddhist monk in a search for his inner truths, and the other is that of a female city builder whose belief in life is all about power, greed and manipulation.

There will be 13 film awards chosen by a jury and an audience award decided by the film-goers, Wangyal said.

The festival will be held at the Tibetan Day School in McLeod Ganj.

Started in 2004, the fest aims to show a wide variety of film genres, encapsulating the free spirit nature of the festival.

Wangyal is the producer and director of the popular Tibetan Music Awards and Miss Tibet pageant. He believes such events help the exiled community to draw the attention of the world to the cause of Tibet.

McLeod Ganj, the quaint uphill town also the headquarters of the Tibetan government-in-exile, has already gained prominence for attracting a steady stream of Tibet enthusiasts, Buddhist scholars, back packers and even Hollywood stars like Richard Gere.